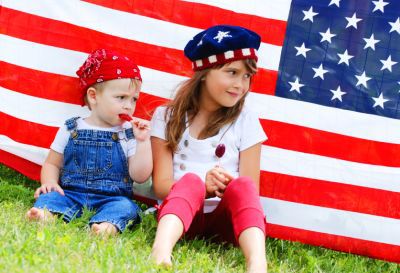 The presidents have been as unique and quirky as any other person you’ve ever met – sometimes even more strange! They just happen to be holding one of the most powerful positions in the world. Once a year, we celebrate these individuals along with the things they’ve done and the sacrifices they made to make America what it is today.

Presidents Day is Feb. 17 this year, and is special because it will be celebrated on our first president, George Washington’s birthday. All across the nation, from Washington, D.C. to Oakland, people will be celebrating our nation’s history. Here at Wheels For Wishes, we’ve put together a list of 25 unique facts you might not have known about your nation’s leaders.

Which president was the shortest? What children’s toys were named after United States Presidents? How many presidents have been an only child? If you don’t know the answers to these questions, or are looking to learn more about the presidents of the past, look no further than these 25 interesting facts!

Celebrate Presidents Day By Saying: “I’d Like To Donate My Car!”

The Presidents have each had a tremendous impact on history and each of our lives. You can have the same sort of impact in the life of a child by donating your car to Wheels For Wishes. Wheels For Wishes benefits Make-A-Wish and can help to make wishes come true for children with critical illnesses in your community. Don’t wait to donate, give us a call at 1-855-278-9474 or use our online donation form to make your car donation today. You can make a difference in the life of a child while also receiving the maximum possible tax deduction for your donation along with free pick-up and towing. Celebrate Presidents Day this Feb. 17 with a car donation to Wheels For Wishes.