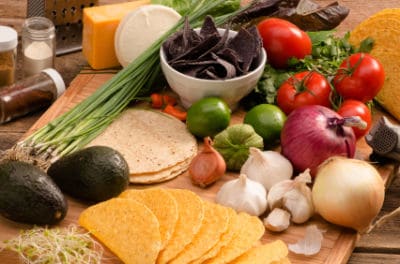 In the United States, we often assume that Cinco de Mayo celebrates Mexico’s Independence Day. That is not true. Sept. 16 is actually Mexico’s Independence Day, and Mexico won its independence before the date of May 5, 1862, the day that Cinco de Mayo actually commemorates. Cinco de Mayo is actually a significant holiday in the United States to celebrate a relatively insignificant battle between the French Army of Napoleon III and Mexican President Benito Juarez’s resistance. The victory over the French army by a ragtag team of fighters possibly helped to save the American Union.

Why War At All?

The Mexican-American war of 1846-48 and the Reform War of 1858-61 left the Mexican Treasury bankrupt. The Reform War was a civil war of Liberals in Mexico who wanted freedom of religion and separation between church and state verses the Conservatives who wanted the Roman Catholic Church and the Mexican Government to remain tight. This left the country disorganized and economically in trouble, so President Juarez issued a moratorium to his foreign debt holders, asking for their payments to be suspended for two years. France, Britain, and Spain were not happy about this and sent naval forces out to settle the score with the Mexican government. Britain and Spain reached an agreement with Mexico, but the French government had no intention of reaching an agreement or leaving the Mexican government alone.

Ruled by Napoleon who envisioned occupying Mexico in order to have direct access to the American’s own battle between the Confederacy and the Union, he seized the Mexican debt situation as his opportunity to snag the country for himself.

France invaded Mexico, storming into the liberal, not-very well-prepared area of Veracruz with their powerful French army. It was late in 1861 when President Juarez and his government retreated.

Onward, North-bound, the French turned towards the Conservative Mexico City as its next conquering goal. Along the way, they encountered resistance close to Puebla, at the Mexican forts of Loreto and Guadalupe. The French had a well-equipped army of 6,000 men. The resistors were fairly poorly armed, not very organized, and only had 2,000 men fighting. Yet on May 5, the Mexican resistance army crushed the French bullies, who at the time were considered the top army in the world. The French hadn’t lost a war in nearly 50 years, and then the streak was broken dramatically by the fighters of Puebla.

Unfortunately, this victory was short-lived. A year later, France had taken over the Mexican government and instilled its own leader to occupy the territory. The reign of French government in Mexico only lasted for three years, however. Napoleon faced a persistent Mexican guerilla fighters resistance, plus was on the verge with a gruesome war with Prussia, and the prospect of sour feelings between the United States and France seemed to unnerve them. The French began to retreat from Mexico in 1866. Mexicans recaptured Mexico City and the supporters of the French government were executed. On June 5, 1867, Benito Juarez became president again and finally entered Mexico City. He installed a legitimate government and reorganized his administration.

So, why do we celebrate Cinco de Mayo in the United States if it was just one battle in a war lost in another country? Because the Battle of Puebla actually had a significant effect on the outcome of our Civil War here in the United States. If the French hadn’t been defeated that day, they would’ve progressed onward in their mission to assists the Conservative army for their own interests in free port opportunities. The United States worried about having to take on the Confederate army as well as the French army at the same time.

If the battle had not been so significant and exhilarating, the United States and its civil war might have had a completely different outcome.

Cinco de Mayo became a celebration in states such as California and Arizona in the 1860s, and has flourished in to a national celebration across the country ever since. The holiday is basically ignored in Mexico, but in the United States, we see it as an opportunity to celebrate Mexican Americans and their ancestors who helped us keep our own country together. There are baile folklórico and mariachi demonstrations held annually, restaurants upsell their Mexican entre offers, and marketing companies have used the holiday since the 1980s as a great excuse to put out more advertisements about Mexican-related beer and alcohol.

Cinco De Mayo is a great time to celebrate freedom, innovation, and international unity and unity within communities. Donate your car To Wheels For Wishes and you can know that you are helping out a great cause.

Your charity fiesta can help children facing critical illnesses in your community. We handle the expenses of towing, and we sell your car for you for charity. To make a car donation, simply call 1-855-278-9474 or make your donation online.