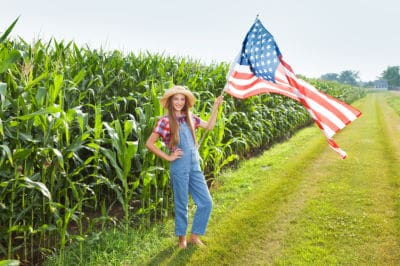 Top 10 Myths About The American Flag

Each year, Flag Day is celebrated on June 14. This day was chosen because the American flag was first adopted June 14, 1777. June 14 is also the anniversary of the U.S. Army's creation. In the almost 240 years since the flag was adopted, a lot of myths have risen out of its history. There are also quite a few misconceptions about the Flag Code, which explains how to properly fly and care for the flag until it's retired. Here are 10 popular myths you may have been told about the American Flag.

Celebrate Flag Day By Giving Back To The Community

Flag Day is a great time to learn more about American history and how to fly the flag, but there aren't many traditions beyond that. This Flag Day, start your own tradition by making a difference in the community! A great way to make a positive impact is by donating your car to help local kids.

Wheels For Wishes is here to help you do just that. We make it easy to donate online or over the phone at 1-855-278-9474. Your donation supports children's charities in your community. On top of that, you also receive free towing and a great tax deduction. Start a new tradition for June 14 and donate your car today!