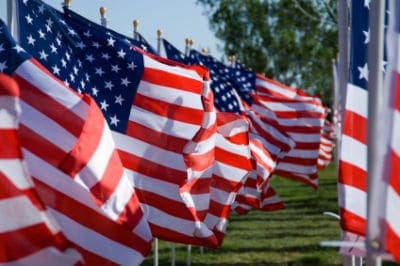 For many, The Fourth of July is a day filled with family, friends, good food, and fireworks. We often look at it as a fun summer celebration to celebrate our flag, enjoy a busy city parade and snack on cotton candy at local fairs, but Independence Day is so much more than that. It’s easy to forget the details behind the holiday, but we are here to help remind you. We have ten fun facts about the history of Independence Day so you can be reminded as to why we celebrate on The Fourth of July.

The Fourth of July

The Fourth of July is more than just a celebration of summertime — it’s a time to celebrate our freedom and how far we have come.

Kids love to learn about history, so we hope that they enjoy these ten fun facts about The Fourth of July.

The Fourth of July can also mean maybe a day or two off of work. If this is the case, dive into some spring cleaning and decide whether or not you want to get rid of anything that you may not use as often as you used to. If one of these items happens to be a vehicle, consider donating it to Wheels For Wishes, benefiting Make-A-Wish. We will accept your unwanted vehicle whether it’s a motorcycle, car, truck, SUV, RV, boat, Jet Ski — you name it. If in doubt, you can always give us a call and ask.

To donate a vehicle to Wheels For Wishes, please call 1-855-278-9474 or fill out our easy online vehicle donation form.

Whether you're boating, going to a parade or just flying the flag, have a great Independence Day! Let us know what you and your family are planning by leaving us a message on our Facebook and Twitter pages.