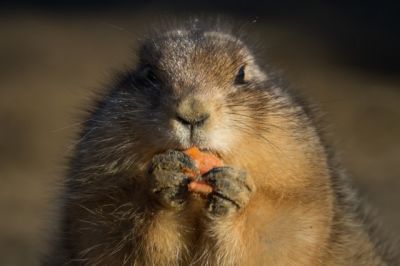 In 2017, one of America's most peculiar traditions celebrates its 131st anniversary. Groundhog Day is right around the corner on Feb. 2, meaning we'll soon find out if spring is on the way or if winter will stick around for 6 more weeks. According to tradition, if Punxsutawney Phil sees his shadow tomorrow he'll go back into hibernation and we'll have 6 more weeks of cold weather, snow and other unpleasant winter conditions. If there's no shadow, spring is right around the corner.

Should you get a kick start on spring cleaning, or buckle down for 6 more weeks of winter weather? Only tomorrow will tell. Until then, it's a great time to do something you can plan for right now, regardless of the weather.

In addition to Groundhog Day, taxes are starting to be on everyone's mind this time of year. Although you can't do anything to affect your 2016 tax deductions anymore, you can plan ahead for 2017 by making a tax deductible donation to Wheels For Wishes.

Maybe you're holding on to an old car that won't make it through 6 more weeks of winter, or you've been planning to upgrade your vehicle once the warm weather's here to stay. No matter your reason for getting rid of your old vehicle, you can donate it to Wheels For Wishes and receive free towing and a great tax deduction!

How To Donate Your Car

If you have a car to donate, get in touch with Wheels For Wishes by calling 1-855-278-9474 or using our online car donation form. Both methods only take a minute of your time. Best of all, the proceeds from your donation benefit your local chapter of Make-A-Wish!