5 Facts You Didn't Know About Giving 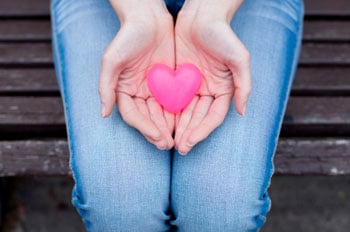 You may be thinking about donating your car or have already called in your vehicle donation and noticed an extra pep in your step. It could be from the sunny weather outside or the cheer you feel after hearing your favorite song on the radio, however science has shown that the act of giving chemically affects your hormones and improves your mood. When you give to others, your body releases endorphins that can lift your spirits.

1. It feels good to give, even if you are just thinking about it

In 2006, a study was done where participants were given money and asked to think of a cause they may want to donate it. The results showed that just the act of thinking about giving activated the same pleasure-seeking parts of the brain as eating and exercise. An MRI showed that donating stimulates the reward center part of the brain, which is involved with the feeling of euphoria.

2. Givers are happier than non-givers

In a study conducted by the Social Capital Community Benchmark Survey, a group of 30,000 American households were polled and asked two questions:

3. Giving can improve your physical and mental health

It makes sense that something that affects your mood so dramatically will have a crossover impact on your health and well-being. Psychiatrist Hans Selye first raised the idea that it can have noticeable impact on one’s wellbeing when, in 1956, he discovered the dangerous effect of stress on lab rats and proposed that one way to reduce stress was to help others. In 1983, his findings were supported when a study found heart attacks were linked to self-preoccupation and that giving to others can lower the concentration onto oneself and lower stress and pressure on the heart.

In another instance, a study in 1988 found that students who watched a film about Mother Teresa and her work experienced a boosted immune system and reported less instances of illness in the months that followed.

It may have roots in the most innate bond, a mother feeding her child, but whenever you give to somebody, you create a social tie to him or her and establish a relationship. It is the same reason that a cause promoting to help one individual has been statistically proven to be more successful than a campaign helping a mass.

People like to see the difference that is made and develop emotional ties after their charitable act. One of Make-A-Wish Minnesota’s most successful fundraisers, for example, is the Season of Wishes campaign where each donor can read stories of a specific wish child and sponsor a specific child and their wish. It is successful because the donor gets to see the name and face and develop the social tie around their donation.

Have you ever noticed that is seems to be increasingly difficult to be mad at your friends and family that you deem most generous? It does not take hard science to explain that when you give to someone, they tend to like you more, which can build stronger friendships and relationship ties.

People mimic the behavior of others, so it makes sense that it would apply to giving as well. It is the concept of the 2000 hit film Pay It Forward where one person to starts an entire movement by helping someone they don’t even know. If one person sees someone else donate, they are enticed, or may just feel obliged, to follow suit. It acts as an encourager.

A 2010 study found that when a participant gave money away, the recipients of that money were also then more likely to give themselves. This is substantiated by the 93 dollar club movement that spread in 2009. A woman was left at the grocery store after losing her wallet and in a random act of kindness; a stranger paid her $207 bill. When the woman went to pay the stranger back, she left a $300 dollar check as a thank you - suggesting she use the extra payment to get a massage. The stranger posted the story on Facebook asking what she should do with her extra $93 dollars, her network suggested she donate it and her Facebook friends began matching the $93 donation. In 5 months, the $93 dollars eventually grew to $100,000 and was then donated to the Second Harvest Food Bank of Silicon Valley.

There are so many positive impacts that giving can have on your life and it can come in all forms: helping a friend move, donating a car, sharing your desert, etc. We would love to hear how giving has impacted your life, please share your story or leave your own tips on how to live a more giving life!