Watch A Preview Of ESPN’s ‘My Wish’ Series 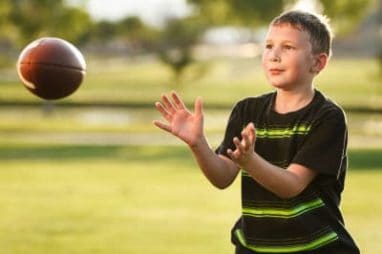 For more than 30 years, Disney has been a staunch supporter of Make-A-Wish, welcoming children with critical illnesses to “The Happiest Place On Earth.” In fact, Disney and Make-A-With will grant their 100,000th global wish together in 2015. One of the companies owned by Disney, ESPN, has been doing its part to help grant wishes, as well.

Starting on Sunday, July 19, ESPN will air the 10th year of the “My Wish” series, where it helps children who have wishes involving sports teams or athletes have their wishes revealed and granted in a made-for-TV segment. ESPN has worked with Make-A-Wish to fulfill 50 sports-themed wishes since the series started in 2006.

ESPN produces feature segments on the wishes for airing on SportsCenter, with the first wish debuting in the 11 p.m. EDT edition on July 19. The remaining four will premiere at 6 p.m. on SportsCenter Monday-Thursday, July 20-24, with a one-hour special featuring highlights of all five wishes airing Thursday at 7:30 p.m. on ESPN.

This year’s “My Wish” Segments will feature:

Watch a preview of this year’s “My Wish” series here:

Whether you live in Naples, Sacramento, Minneapolis or Nashville, you can help Make-A-Wish no matter where you live. You can help bring joy to children with critical illnesses and all you have to do is to make a car donation to Wheels For Wishes, the car donation program benefiting Make-A-Wish. We support many local chapters of Make-A-Wish with the proceeds from car donations. When you donate a car, truck, boat, RV, motorcycle or other vehicle, you can support your local chapter of Make-A-Wish, which helps them to grant more wishes for children in your community who could use more hope, strength and joy during a difficult time in their lives.

To donate a car, simply give us a call at 1-855-278-9474 or use our online car donation form. Your car donation will make a positive difference for a child in your community!