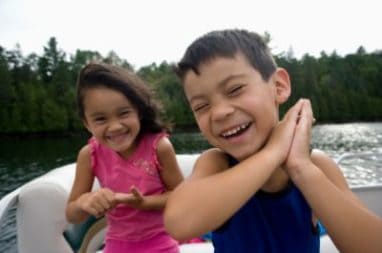 Everyone knows that Christopher Columbus sailed the ocean blue in 1492, but did you know that his flagship, the Santa Maria, ran aground and sank near the end of his first voyage across the Atlantic? Columbus is one of the most famous explorers of all time. He is credited with being among the first explorers to reach North America and kept meticulous records of his discoveries. The journals kept by Columbus inspired other explorers to cross the Atlantic in the hope of finding riches and creating better lives for themselves.

Ten Things You May Not Have Known About Christopher Columbus

In the United States, the second Monday of October is designated Columbus Day in recognition of Christopher Columbus. This year, that Monday falls on Oct. 14. In recognition of the holiday, we have gathered 10 facts you may not know about this famous explorer.

Columbus Day is a great time to celebrate all of our good fortune and the early discoveries that lead to the creation of the United States.

Give Back By Donating A Boat Today

Does your boat look like Columbus’ Santa Maria after it crossed the Atlantic? Maybe you are looking to upgrade, but don’t know what to do with your current boat – Wheels For Wishes accepts boats too! If you have a boat or vehicle to donate to Wheels For Wishes, benefiting Make-A-Wish, give us a call today. Your used vehicle can help inspire a local child and make their wish come true.

To donate a vehicle to Wheels For Wishes, please call 1-877-431-9474 or fill out our easy online vehicle donation form. Columbus had to wait nearly 10 years to do something great; you have the opportunity to change a life today. Making a donation will inspire hope and help a child achieve their dream.